Hack to the Future

Unless you’ve been sleeping on your porch in alternate reality 1985, you will have noticed that yesterday, Wednesday 21st October 2015 was #futureday.

The date in which Marty McFly travelled forwards in time to in the second Back to the Future movie. Well on Saturday 17th October 2015, me and co-conspirators in hackday mischief Jon and Adam played host to Hack to the Future. Now that’s all in the past (boom boom), I thought I’d share some of my personal highlights.

We had a real f*cking Delorean! From the earliest days of planning Jon had said what he really, really wants more than anything was a Delorean. This was looking pretty unlikely a few weeks before the event when I mentioned this to my good friend @b33rdy who nonchalantly informed me “I know someone with a Delorean”. A few back and forth messages later and the totally cool and accommodating James was hopping on a ferry from the Isle of Wight in his DMC Delorean ready to let us hackers geek out and take selfies with his pride and joy.

The VW camper van turning up during photo time was the icing on the cake:

That moment when you're posing with a Delorean and the Libyans turn up… #backtothefuture @hack2future pic.twitter.com/3wToMFNvhC

We had a great turnout and there was a real fun and relaxed atmosphere all day. Everyone really embraced the concept and were supportive and excited for each other’s ridiculous project ideas. Even local journo Caitlin Marsh was taken by surprise expecting it to be a challenge to convince people to head outside for a photo for the Daily Echo, cue 40+ hackers gleefully swamping the Delorean again making a good shot somewhat tricky. She made a good effort though and it was great to get some coverage of the event.

The spirit of the event was captured well in both Jon’s photos and Adam’s photos on flickr.

Something I’m always worried about during a hackday is whether or not people will come up with anything good. Fortunately, I’m always wrong to be worried and Hack to the Future was no exception. With around 20 different projects worked on throughout the day and 15 of those presented during the show n tell at the end the quality of the projects was astounding. Particularly when the event was just 8 hours and a not insignificant proportion of that was spent ogling an old car and playing with pizza rehydrators (courtesy of food sponsors Etch).

In no particular order, here is a snippet of what was worked on:

The biggest highlight for me was that the overwhelming success of Hack to the Future can be accredited to an amazing collaboration of people and agencies who are willing to invest time and money into enabling such an event to happen. Jon and Adam both work for different agencies, Base who provided the prizes and Etch who fed everyone, whilst we at Moov2 contributed the drinks and 3 Sided Cube contributed their amazing venue and team to help out. All could be considered competitors in the sprawling digital world in which we operate, but all came together to deliver an amazing event for anyone who wanted to attend.

Credit absolutely due to everyone involved. They don’t get much reward for the vast amounts of time and money that was poured into the event other than a small bit of recognition and a warm fuzzy feeling. Hopefully they’ll all agree though, totally worth it! 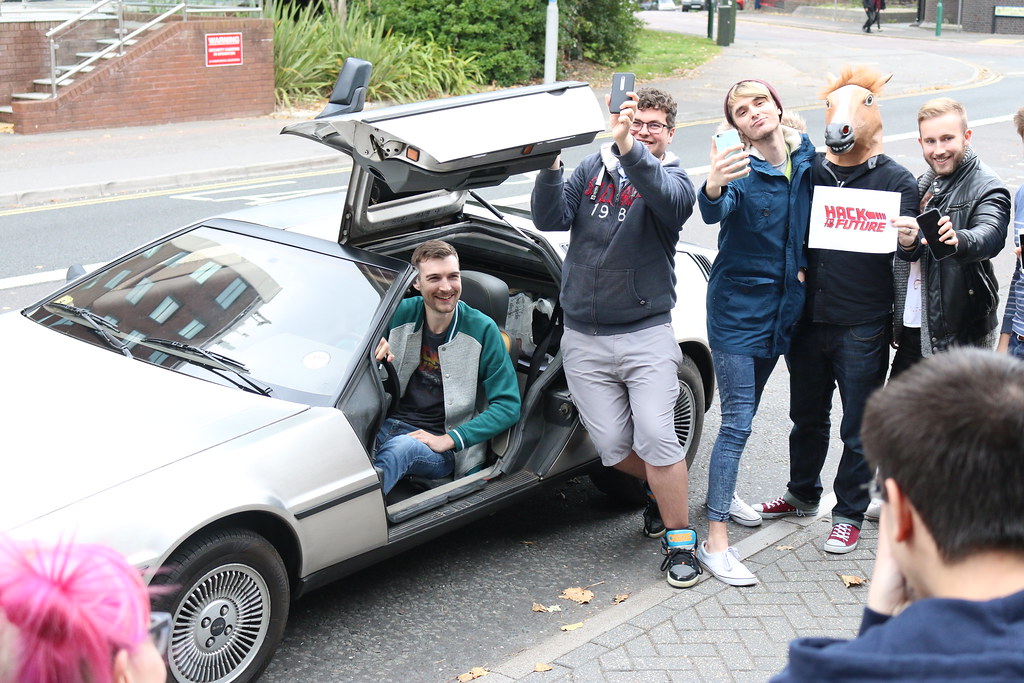 When to invest in an improved user experience